Blue brings you closer to the game without distracting you from it. 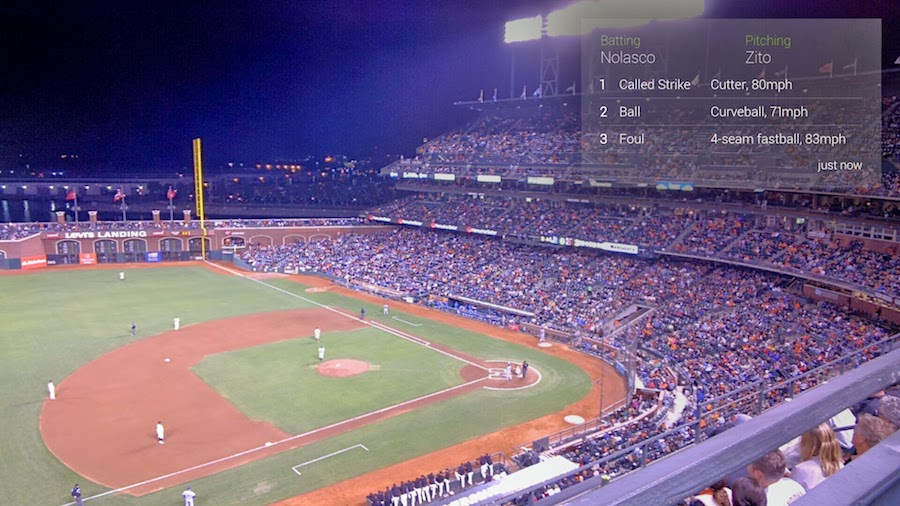 It's significantly more fun to attend a live baseball game instead of just watching one on television. But sometimes when you're sitting at the ballpark, something slightly confusing will happen on the field and it's never explained out loud — maybe an umpire makes a call, but it's not entirely clear what happened. TV broadcasts have commentators who can explain what's going on, but at the game itself, they just keep on playing.

That's where Blue for Google Glass comes in. Blue uses geolocation to figure out which Major League ballpark you're sitting in. It knows which teams are playing and automatically starts presenting data to you as the game unfolds — stats for every player and pitch, even play-by-play descriptions. Watch a pitch fly by, then Blue will tell you its speed and type. Wondering what call the umpire just made or why that runner got sent back to first base? Blue will let you know. Watch the video →

Blue can help make sense of what's happening on the field with its written descriptions of each play.

Been watching baseball all your life?

Blue provides stats you'll love, including data you won't find on the scoreboard. 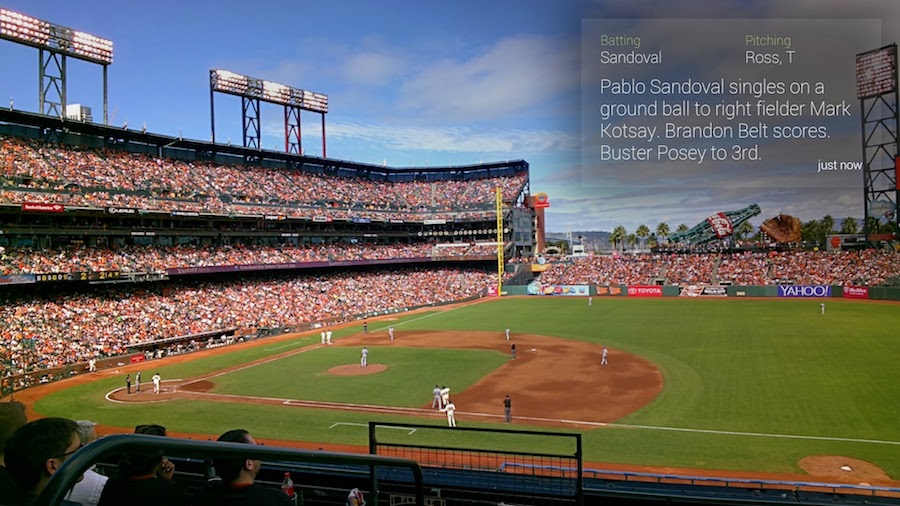 The entire purpose of Blue is to present helpful data without interrupting your view of the game. Sure, there are apps for your smartphone that can give you live sports info — but you'll be looking down and tapping at your phone instead of watching the players on the field. We know you didn't pay for tickets, parking, and concessions just to stare at your phone. Because Blue is built for Google Glass, you can keep your eyes on the action and simply glance up at realtime info whenever you want. It's way better, we promise.

You'll need a cellular data or Wi-Fi connection to use Blue. 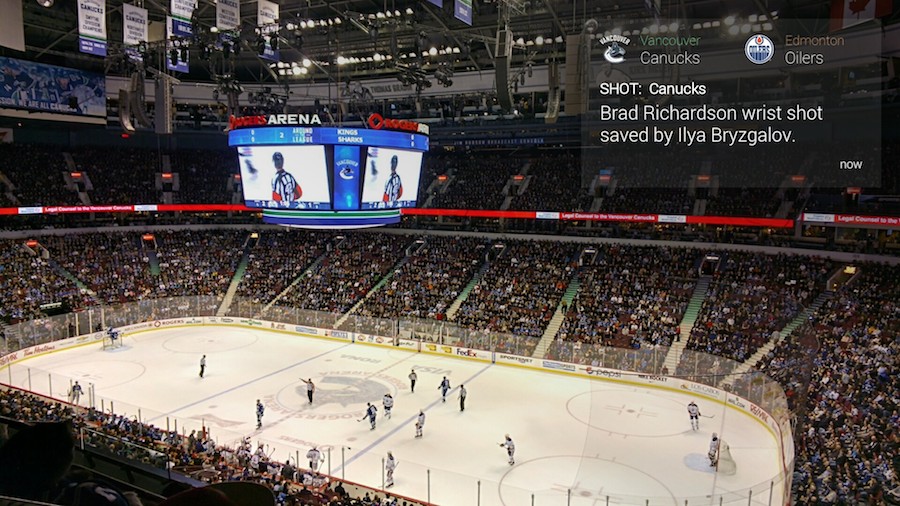 Blue is built by fans, for fans. We could've overloaded Blue with all sorts of random sports trivia and video highlights, but we've intentionally kept it simple because we want to complement the ballpark experience, not interrupt it. The interface is quite basic by design and requires minimal interaction on your part. Sit back and enjoy the game.

We want to expand Blue beyond MLB, so you can enjoy using it all year round with your favorite sports. In January 2014, NHL support began testing out in the wild. Stay tuned for updates.

Now in testing at ballparks across the country.